The importance of cervical mucus for TTC women

Gena Hymowech is a writer from Brooklyn, NY who covers health and entertainment.

kegg is a medical device that lets you easily track your fertility with the insightful app and even do optional kegel exercises.

You can learn more here.

If you are currently trying to conceive (TTC), cervical mucus (or fluid) tracking is one of the most powerful tools for increasing awareness of your fertility. In fact, it is estimated that abnormalities in cervical fluid may account for 3-8% of subfertility in women[i]. Fortunately, this is information our bodies are already giving us every day!

kegg is a 2-in-1 fertility tracking device which senses the electrolytes in the cervical mucus to help predict the fertile window and it doubles as a kegel ball for pelvic floor exercises.

By practicing body awareness and using your kegg, you are empowered to zone in on your fertile window and gain invaluable insight into your hormonal and reproductive health.

Understanding your cervical mucus can be used to predict when you are fertile in your cycle and increased likelihood of chances to conceive.

What is cervical mucus?

You’ve probably noticed vaginal discharge in your underwear before, and if you’ve ever wondered what exactly it is and why it’s there. The discharge you see is actually cervical mucus and it can give you a glimpse into the complex orchestration of your reproductive hormones that fluctuate throughout your cycle, specifically around your fertile window. Many women learn to track their cervical mucus to predict when they will be fertile in their cycle and when they will likely have more chances to conceive.

Cervical fluid is a mucus produced by the cervix, and is made up of mucus molecules, protein chains, minerals, and water. Cervical fluid has a unique electrolyte structure that changes throughout the menstrual cycle as a result of hormonal shifts. The consistency, quantity, and color can vary greatly throughout the cycle, and among women. However, in general, cervical mucus follows a trend that reflects what is happening hormonally in the body. There are many different methods for manually tracking cervical mucus, but it can take several months of practice.

On average, it takes up to 6 months to conceive. However, for many, it is more complicated.

Cervical fluid protects sperm from an acidic vaginal environment, prolonging the life of sperm in the vaginal canal, filters abnormal sperm, keeps sperm “biochemically nurtured” (AKA: acts as sperm food!), stores the sperm until an egg is nearby, and maintains the opening of the cervical canal.

Why is fertile cervical mucus important?

In addition, cervical mucus can help prevent abnormal sperm, or those with curved or otherwise atypical movement patterns, from effectively swimming to this prized egg. Not only does fertile cervical mucus aid in the survival of sperm, but it also helps to filter out those that will not serve the egg well.

If I can see cervical mucus, does that mean I'm in my "fertile window"?

Unlike temperature tracking methods and LH testing, kegg predicts these fertile days in advance, empowering women to identify when they are potentially fertile.

What are the hormones that play a role in fertility?

When it comes to fertility, two main hormones take center stage: estrogen and progesterone. As a woman’s body prepares for ovulation and enters the fertile window, estrogen levels begin to rise.

kegg senses the electrolyte levels which correlate to the hormonal fluctuations throughout the cycle. There is a shift to progesterone production once the egg is released, which results in a change in the electrolytes in the cervical mucus.

There are several days in which mucus is more fertile in quality leading up to ovulation. Unlike temperature tracking methods and LH testing, kegg predicts these fertile days in advance, empowering women to identify when they are potentially fertile. 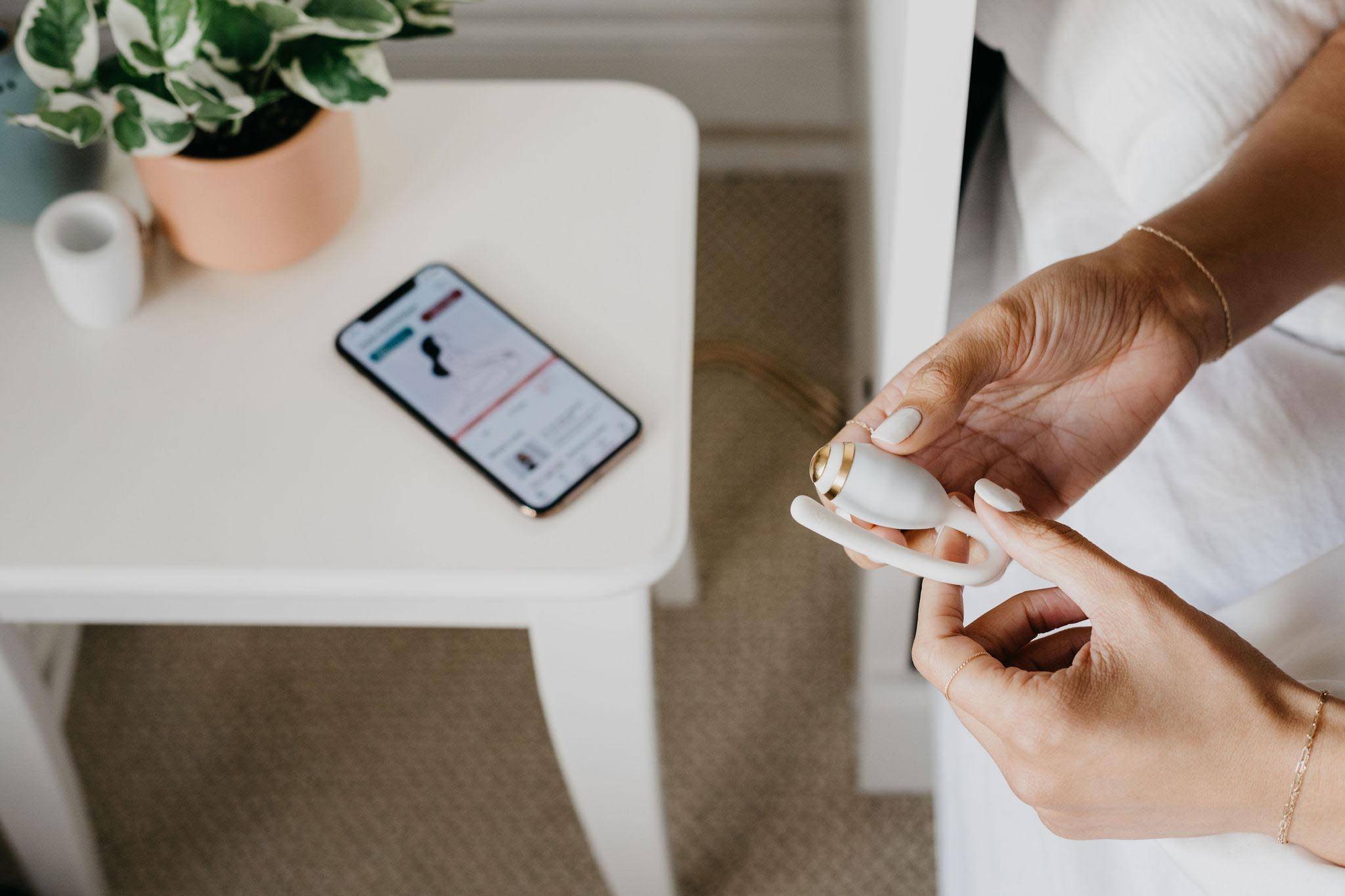 kegg “reads” the cervical mucus to determine which electrolytes are present, and uses the trends of your cycle to make its educated predictions.

How do I learn to track my cervical mucus?

To help with this process, kegg is a 2-in-1 fertility tracking device which senses the electrolytes in the cervical mucus to help predict the fertile window and it doubles as a kegel ball for pelvic floor exercises. Instead of analyzing the quantity and consistency of the cervical mucus, kegg is able to predict the fertile window based on the unique trends of your cycle, associated with the hormonal shifts from estrogen dominance before ovulation to progesterone production post ovulation. kegg allows women to know their fertile window in advance without having to observe and track their cervical mucus on their own. In a sense, kegg “reads” the cervical mucus to determine which electrolytes are present, and uses the trends of your cycle to make its educated predictions.

If you're struggling with UTIs while TTC, be sure to read our article, The 3 components everyone should know about recurrent UTIs.

How do UTIs impact cervical mucus and fertility?

Recent studies have shown that there is no certainty about recurrent UTIs being the leading cause of infertility. What what our friends at @kegg_tech have noticed thanks to empirical observations is that this type of infections:

Keeping your cervical mucus healthy and your body healthy is key if you are trying to conceive.

Discover how kegg can help pinpoint your fertile window by tracking cervical fluid. Enjoy your $55 OFF and $30 in FREE goodies by using the code uqora55 on www.kegg.tech